Ollie Pears has made a significant impact on the training profession. As a former jockey, he was originally apprenticed to Steve Norton, but Ollie had an ongoing battle against weight and injury, retiring in 2002. A jockey on both codes, Ollie totalled 168 winners. He also spent two winters in Dubai with Godolphin, and then decided to start a new career in racehorse training.

At the family farm near Barnsley, Ollie established a pre-training yard, breaking and teaching basics to an average of 70 horses a year for several trainers including Karl Burke, Mick Channon, Howard Johnson, Dandy Nicholls and Kevin Ryan. In 2006, Ollie joined Howard Johnson as assistant trainer. That year, he was in charge of Howard's 22 precocious two-year-olds. Nine of these finished in the winners enclosure.

Ollie then decided that 2007 was the year to start training on his own account. He spent time with Dandy Nicholls in North Yorkshire and Jim Boyle at Epsom and an intensive month with the legendary Michael Dickinson in Maryland, USA, studying different handlers' techniques of assessing, training and placing racehorses.

With the news that James Hetherton was to retire from training after 17 years, Ollie took the opportunity to take over James's yard in Norton, just over the river from Malton. He was granted his full licence and begin his training career in November 2007.

His first winner came before the end of his first month, when 'Own Line' landed a chase race at Wetherby. He went on to record very decent winning strike rates of between 10% and 14% in subsequent years and has had winners up to Listed Class. He is adept with handicappers, having trained multiple winning horses like Jacbequick, Noodles Blue Boy, Powerful Pierre and Al Khan. However he also has enjoyed recent successes at higher grades with horses such as No Leaf Clover, Last Sovereign and Jade. He regularly achieves around a 10% strike rate each season. 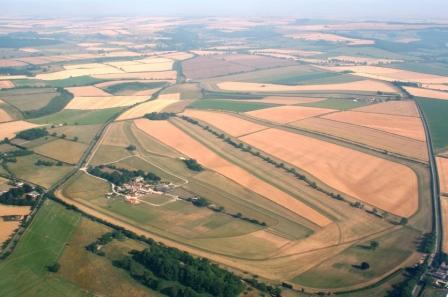 Ollie Pears is a trainer who has made his mark as a racehorse trainer over the last few years from his base in Norton, near Malton, North Yorkshire.

His yard is situated in the heart of the Wolds, in an established training centre. The stables are a medium sized operation with up to 30 horses in training at any one time.

The yard is The Old Farm Stables, occupying a well established position with several other trainers in close proximity. Ollie himself was a very decent jockey from the age of sixteen, but was forced to quit the saddle when his battle with the scales became impossible as he grew older.

The yard has some good facilities, including an equine walker, two separate box areas, as well as various paddocks. The horses Ollie trains are both flat and jumpers, however the emphasis is firmly on flat horses. He has had considerable success with young horses, and bringing them up the ranks to be successful older horses. Ownaracehorse has enjoyed many winners with Ollie - and we have particularly had a lot of fun with the young horses in his care.

Situated in the town of Norton, just outside Malton, Ollie has access to various gallops which are shared by the large population of trainers in this area. Amongst them is a seven furlong All-Weather Polytrack gallop which enables Ollie to get exercise into his horses throughout the Winter period if required.

Visits to The Old Farm Stables are welcome, and shareholders may request visits through their online Racehorse Manager.We tend to hold 2-4 visits per season, the first always in spring before the season gets into full flow.

Two stable visits organised per year. they tend to be in Spring (March-May) and Autumn (September to November). Ad-hoc drop-in days may also be run during the summer months.