Take a look at some of the past news and reports we have posted to the public area of our website...

We've been syndicating racehorses in small shares since 2004. We can't guarantee your racehorses will win, but we do guarantee a great service, including days out at the races and your trainers stables. Not sure about our service? Why not see what our shareholders have to say... 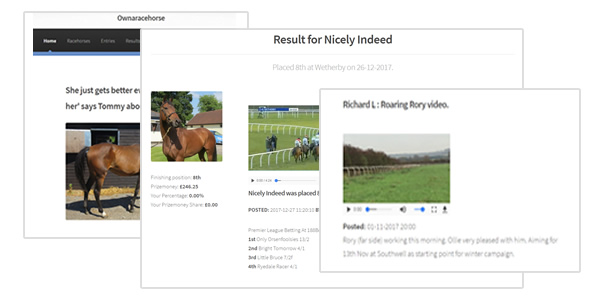 Our 'Racehorse Manager' is sophisticated software that allows us to keep our shareholders bang up to date with everything concerning their racehorses. Whether you are at home or on the move, our easy-to-use system allows you to keep abreast of every entry, declaration, run, and of course all the latest stable news.

Want to find out how our horses are doing and be informed when we add new racehorses?
View the sort of emails we send.

We will only ever send you email messages and will never provide your address to other companies. 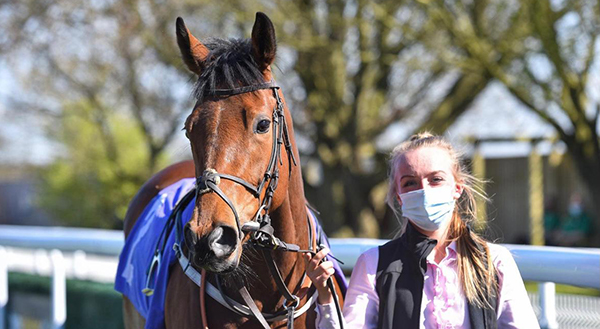 Our four-year-old filly, Crown Princess has always been a touch special. She has won every single season we've had her in training and last Sunday (8th May) this wonderfully consistent and tough filly pulled out all the stops to win one of the £30k Super Series races for her shareholders. You can watch the race replay below.

Crown Princess was given an adept ride by Graham Lee to prevail in the last stride and win by the shortest of short-heads to the delight of the shareholders at the track. The champagne corks were popping afterwards, with many onlookers amazed that she managed to nudge in front in the last second of the race.

Her win comes at a time when other syndicates under Ownaracehorse Syndicate Management have also been tasting success. Golden Gal won again on Friday at Wolverhampton, Big Bear Hug ran a tremendous race to finish a close third, Harry Love put in a solid performance to finish third, and Daphne May did the same for another third.

Ready Freddie Go won a Class 3 contest at Thirsk two weeks ago, and he runs on Dante Day at York (Thursday 12th) in a £30k added five furlong sprint.

Who says you can't have high-class fun with small shares!?